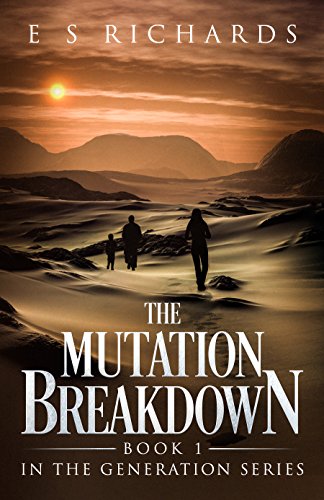 Was it just 12 hours ago that she’d sat down with her mother and little brother? Dipping the freshly baked bread into the rabbit stew as though it was just another day. The camp – her camp – had been peaceful. It had been peaceful ever since Gen 1 and Gen 2 people … yeah, at that level Zahyra still wanted to call them people … ever since they’d come together to form camps. Life had been peaceful across what had once been known as America…

***
Following a nuclear disaster over one hundred years ago, planet Earth has mutated itself into a completely different battlefield. The once magnificent civilisation has been brought to ruins, with cities and towns reduced to barren wastelands.

In all the chaos sixteen-year-old Zahyra struggles to find someone she can trust. With people no longer really known as people, instead being ranked by the level of their mutations, it’s hard to discover exactly what powers the mutants carry.

As Zahyra sets out on an unexpected journey to try and rescue someone she loves, she finds herself coming face to face with advanced and dangerous mutants. Having been taught all her life to fear them, can Zahyra allow herself to trust in someone who offers her guidance? Does she even really have a choice?

With danger lurking around every corner Zahyra must quickly decide whether to heed the warnings about the mutants or stop living in fear of any ranking above her own.